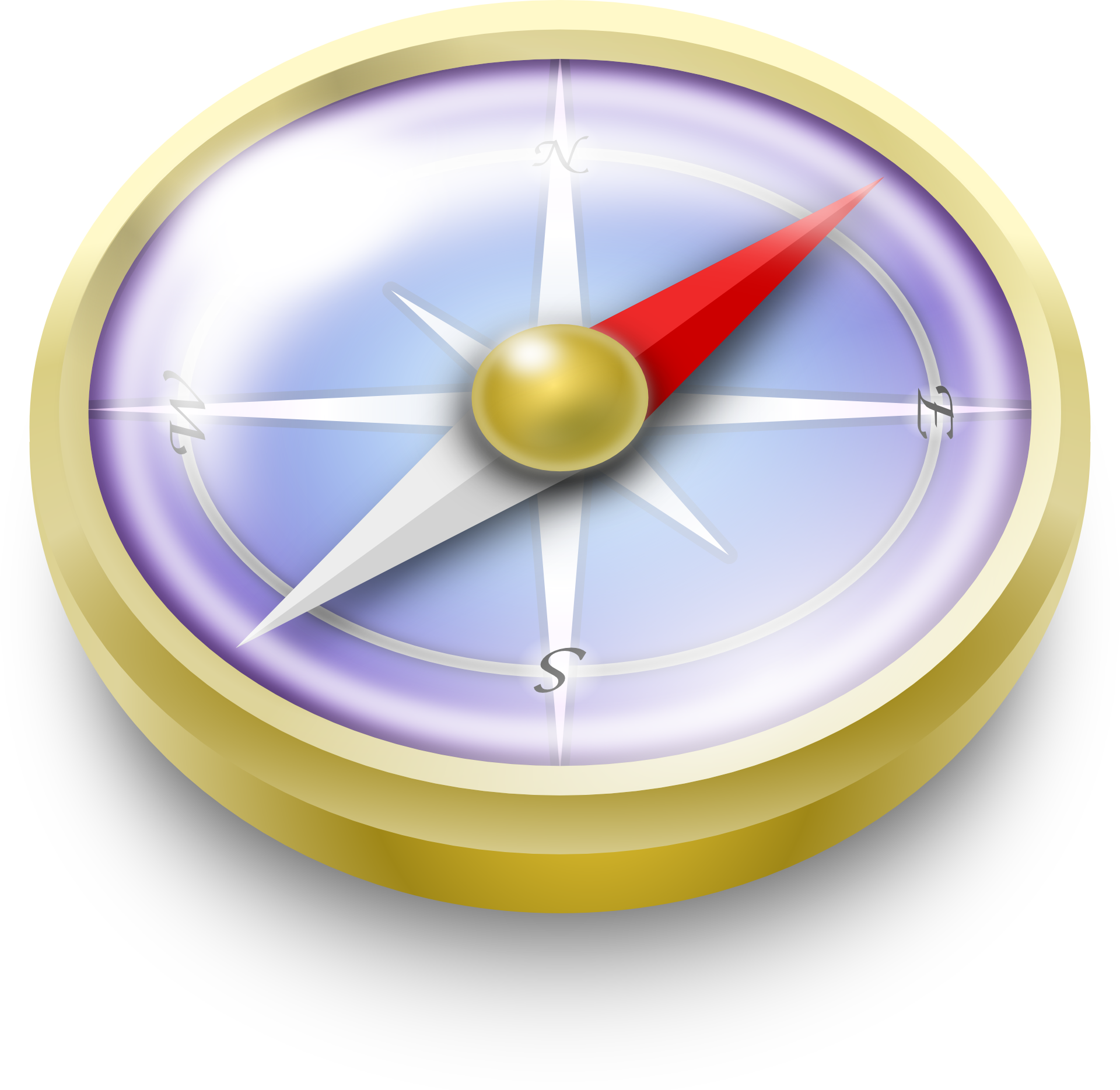 Narahari dāsa: When we chant our gāyatrī-mantra in the evening, we are supposed to face North. When Thākurajī is in the room, should we face North or Thākurajī?
Śrīla Bhaktivedānta Nārāyaṇa Mahārāja: Try to adjust. It is best to keep Thākura in such a position that you can worship facing East.
German Devotee: In the morning and mid-day.
Śrīla Bhaktivedānta Nārāyaṇa Mahārāja: If this is not possible, then still face the Deities. 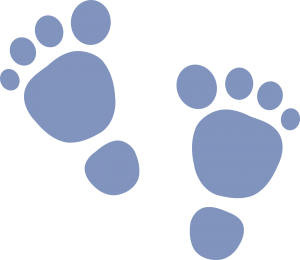 Sudevī dāsī (from New Zealand): I missed chanting some gāyatrī-mantras when I was giving birth to my child.
Śrīla Bhaktivedānta Nārāyaṇa Mahārāja: No harm. But you can chant the holy name even when giving birth to your child.
Jagannātha dāsa: How do we get the desire for bhakti?
Śrīla Bhaktivedānta Nārāyaṇa Mahārāja: Serve parama (great) Vaiṣṇavas fully and totally, with your entire energy. They will give you bhakti, because they are very merciful. There is no other way.

Devotee: Please help me to understand, why is it that the mind gives me such a hard time to concentrate on the holy name and the gāyatrī? When I chant gāyatrī, my mind is always running into other areas; on the other hand, to do service seems to be easier for me.
Would you tell me what to do?
Śrīla Bhakti Vijñāna Bhāratī Mahārāja: Vaiṣṇavā seva is more fruitful. By doing Vaiṣṇava sevā your mind will be stable and you will be able to concentrate on chanting harināma and gāyatrī.

Mahābuddhi dāsa: (Introducing a guest) Gurudeva, he was the pūjārī at one of the local temples in Miami, and now he teaches yoga in San Francisco. He knows Bhagavad-gītā by heart and is also teaching it; and he is reading Śrī Caitanya-caritāmṛta. He saw you the last time you were here. Since then, he has developed some faith and he has been coming to our programs. He has the desire to accept a real guru and follow instructions. He wants to ask for initiation.
Śrīla Bhaktivedānta Nārāyaṇa Mahārāja: You are a priest?
Nityānanda dāsa: Yes, this is my job. I chant gāyatrī in the morning.
Śrīla Bhaktivedānta Nārāyaṇa Mahārāja: The generally accepted meaning of gāyatrī is not the actual meaning. The deep meaning is hidden within. Who is Gāyatrī? We will have to know this. Kṛṣṇa is the Supreme Personality of Godhead, and Gāyatrī is His power. Gāyatrī-mantra is also known as brahma-gāyatrī. Who is the Absolute Truth, brahma? The Sun-god Sūrya is not brahma.

How greatly fortunate are Nanda Mahārāja, the cowherd men, and all the other inhabitants of Vrajabhūmi! There is no limit to their good fortune, because the Absolute Truth, the source of transcendental bliss, the eternal Supreme Brahman, has become their friend.

Kṛṣṇa is the Supreme Personality of Godhead (parama-brahma), the one-without-a-second Absolute Truth. His personal power, hlādinī-śakti, is Śrīmatī Rādhikā, and Gāyatrī-devī is Rādhikā’s manifestation. Savitur vareṇyaṁ means that the Sun gives light, heat, and life to all the fourteen worlds in each universe. But who gives life to the Sun? Kṛṣṇa’s power, Gāyatrī, gives it life and light. We meditate on this and utter dhīmahi, which means “May She come in my heart.” This is the real meaning of the gāyatrī-mantra. Generally people think this is the mantra of Sūrya, but it is not so.
So this is the only difficulty; your job requires you to worship Gaṇeśa, Durgā, and Kali.
Mahābuddhi dāsa: That is his job. But he was telling me that first he worships Rādhā-Kṛṣṇa, and then he worships the other pañcopāsanā deities (Durgā, Śiva, Gaṇeśa, Sūrya, and an impersonal idea of Viṣṇu).
Śrīla Bhaktivedānta Nārāyaṇa Mahārāja: There is something you can do in this regard. You can first worship Śrī Śrī Rādhā-Kṛṣṇa, and then offer Their caraṇāmṛta and the prasādam of Their foodstuffs and flowers to the demigods. In this way the demigods’ pūjā can be done. If you do this, I can give you initiation.
Your job is to offer pūjā to these deities; so you can do this pūjā, although we never do it. We only offer the demigods praṇāma.
Mahābuddhi dāsa: If someone has a job, not as a priest but also not so favourable for bhakti, it is almost the same. He still worships Kṛṣṇa first, but in that person’s job he may be…
Śrīla Bhaktivedānta Nārāyaṇa Mahārāja: Kṛṣṇa will personally be merciful to him. Kṛṣṇa will sprinkle His mercy upon him.

Śrīpāda Dāmodara Mahārāja: Sahajiyā bābājīs like the ones at Rādhā-kuṇḍa say that, “The brahma-gāyatrī [the first of the gāyatrī-mantras] is one of the duties of those in varṇāśrama*, so why do the members of the Gauḍīya Maṭha chant brahma-gāyatrī?”
Śrīla Bhaktivedānta Nārāyaṇa Mahārāja: Yes, this is right. All these things were re-established by Śrīla Bhaktisiddhānta Sarasvatī Ṭhākura.** He said that we cannot imitate the true bābājīs [the Six Gosvāmīs and those like them]. We cannot pretend that we are already on their level. He said that true bābājīs are in the stage of paramahaṁsa, and we are within varṇāśrama-dharma. We follow the bhakti process from the beginning stages, whereas the Rādhā-kuṇḍa sahajiyā bābājīs simply try to jump to the top without any ladder.

*Varṇa means “social order” and āśrama means “a place of āśraya (spiritual shelter),” so varṇāśrama is a shelter for mankind ensuring both material and spiritual advancement. It is the Vedic system for the organization of civilized society, which divides society into the four varṇas, or orders, of (1) brahmaṇa – the intellectual class (priests and teachers); (2) kṣatriya – the administrator class (politicians and warriors); (3) vaiśya – the merchant class (businessmen and argriculturalists); and (4) śūdra – the working class (artisans and laborers); and into the four āśramas, or stages of life, of (1) brahmācārya – celibate student life; (2) gṛhastha – household life; (3) vānaprastha – retired from household life; (4) and sannyāsa – renounced life. Each varṇa and each āśrama has its own dharma, or principles of religious conduct, meant to regulate the conditioned souls and give them a platform to progress in bhakti.

**Please see the books Discerning the True Sentiments of the Soul and Prabandha Pañcakam – Five Essential Essays for further information on this topic.

Viṣṇu dāsa (Hindi Darśana): You said that if one chants the holy name, it has an effect even without understanding the meaning. So, if one chants the gāyatrī-mantras without understanding the meaning, will that also have an effect?
Śrīla Bhaktivedānta Nārāyaṇa Mahārāja: One should understand the meaning of the gāyatrī-mantras from the spiritual master; that is, he must understand the five limbs that are associated with the mantras. Only then will it have the full effect.***
Viṣṇu dāsa: If the person who gives the gāyatrī-mantras has not realized those mantras, will that have any effect?
Śrīla Bhaktivedānta Nārāyaṇa Mahārāja: No, the mantras have effect**** only if you receive them from someone who has realized them.

***While chanting the holy name, the sādhaka should remember Rādhā-Kṛṣṇa’s pastimes of meeting (milana) and separation (vipralambha). When he chants his mantras, he should practice in the following five ways: (1) The sādhaka should know the meaning of the mantra, and remember the predominating Deity of the mantra (the mantra-devatā) and his own specific relationship with that Deity. (2) Nyāsa – “The Deity of the mantra is my protector” – this conviction is called nyāsa. It is true that success can be attained by uttering the mantra one time only; nonetheless, the mantra is uttered 10 or 108 times for the pleasure of the mantra-devatā. This is also called nyāsa. (3) Prapatti – “I take shelter of the lotus feet of the mantra-devatā” – this is called prapatti. (4) Śaraṇāgati – “I am a jīva who is suffering extremely, and therefore I surrender to the Deity [in six ways]” – this resolve is śaraṇāgati. (5) Ātma-nivedana – “Whatever I have belongs to Him; it is not mine. I am not mine either; I am His for Him to enjoy.” This is ātma-nivedana. If one follows the process comprised of these five limbs, he will quickly attain perfection in chanting his mantras. (excerpt from Bhajana-rahasya, Chapter 1, Text 33, Bhajana-rahasya-vṛtti)

****Suppose we are cutting grass, and someone says to us, “Please use a golden blade to cut the grass.” Will we use a golden blade to cut the grass? No, an iron blade will be more effective. Similarly, because we are in such a conditioned state, chanting the gopāla-mantra and kāma-gāyatrī is also necessary. At different stages, different things are necessary, but we shall understand nāma-saṅkīrtana to be the best thing in sādhana, and in perfection. The gopāla-mantra is effective only in sādhana, but not in the stage of perfection. The perfected soul will not chant it, because its work has been completed. We must understand this point well: nāma-saṅkīrtana is necessary in the conditioned state, but along with it we must chant the gopāla-mantra, the mantra of Mahāprabhu (gaura-gāyatrī), and all other mantras that our spiritual master has given us. The efficacy of these mantras is that they make sambandha-jñāna arise and the attachment to sense enjoyment fade away. Anyone who follows this method sincerely for one year, or even six months, will certainly see what its result is. If the desired result doesn’t come, then there must be some problem. Perhaps the seed, the mantra, was not very potent because the giver was not pure, or perhaps we are not chanting from the heart or we are cheating in some way. Rather, giving it our heart, with deep faith and firm determination we should chant. (excerpt from Going Beyond Vaikuṇṭha, Chapter 3, The Superiority of Nāma-saṅkīrtana)

*****If the dīkṣā-guru is less qualified than the disciple, then accepting dīkṣā mantras from him is like a camouflage, or cheating, for the worldly audience. The current of bhakti remains alive by śikṣā (teaching) of the transcendental message by realized souls. When the sincere disciple understands that his dīkṣā-guru is not so qualified, he accepts śikṣā from a highly qualified Vaiṣṇava. This is called śikṣā-paramparā, or bhāgavata-paramparā. The bhāgavata-paramparā (which includes the dīkṣā-paramparā when the dīkṣā-guru is also a highly qualified Vaiṣṇava) is the authorized way to transmit and receive transcendental knowledge.
Those who believed that the dīkṣā-guru paramparā is the only authorized system were cheated by this behaviour of Śrīla Bhaktivinoda Ṭhākura. The Ṭhākura’s real purpose was to teach sincere souls by his own example of accepting śikṣā-paramparā. He accepted Śrīla Jagannātha dāsa Bābājī Mahārāja as his śikṣā-guru, and thus received all transcendental knowledge and bhajana from him. (Adapted from Ācārya Kesarī, Śrī Śrīmad Bhakti Prajñāna Keśava Gosvāmī Mahārāja – His Life and Teachings, Part Four, Pāñcarātrika-paramparā and bhāgavata-paramparā)